Of course in the good old days there was no doubt about the meaning of the idiom – Half a loaf is better than none. We were all sure that bread is better than no bread. Today though we might ask but, is it wholemeal? is it gluten free? is it low GI?  before giving a still hesitant yes. What you may ask can this apparently random thought have to do with this blog. Well in the modern world where the existence of facts to measure truth is in doubt , it is difficult to judge if a step in the right direction will be seen as just that ie half a loaf or a ‘sell out’ which will just mean progress halts at the point reached. 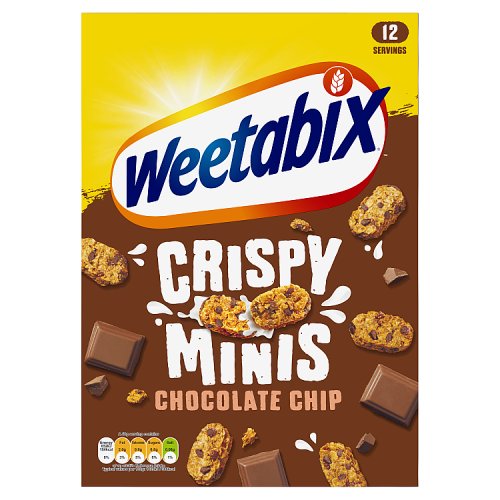 Still too theoretical. Here the practical example I wanted to share . I knew from myzerowaste site and my own checking of packets from time to time that the inner bags for Weetabix are ‘Not currently recycled‘. An annoying category which misleadingly gives the impression that it’s a short matter of time before they will be. When, in practice Hell may freeze over first (maybe as a result of climate change). Imagine therefore my surprise when folding the cardboard box (ready to recycle) and seeing in very fine print.

Just in case,much like on pack, if you can’t read it, it says ‘Recycle with carrier bags at larger stores. Not at kerbside’.
I thought this a fluke and felt need to check Weetabix site.  There it was in FAQ’s ….

At the moment our plastic-based packaging is not recycled by many local councils. The inner bags used for most of our cereals can be recycled with shopping bags at larger retailers. We are however, working closely with a number of organisations and our suppliers to improve the recycling of these materials.

I can’t imagine why when it is such a step forward they don’t make more of this. I’m sure only the most vigilant would spot the fine print and its common knowledge (don’t ask for even fake facts to support this assertion but I did ask a greenish friend) that the liners have to (eventually) go in bin. I know, I know there are at least 30 things you can do with them  first but I had been still sure they were destined for the great trash pile in the sea.

I was keen to celebrate this and point it out to others who like me might have missed this update but then thought ah… but…  a true zero waster would want the inner bag to be made of edible paper or at least be compostable not plastic at all. Was I letting Weetabix off its responsibilities too easily and in so doing sleeping easily when I should be campaigning or boycotting them ( easy for me as I don’t eat boxed cereal . This box was one my son had left in house but that’s not the point).  What to do. So much plastic, so little time. I decided that this was not a battle for me when there are so many non recyclable plastic bags out there to focus on. For my sanity I chose in this case to believe half a loaf is better than none… for now.

But don’t let me stop you doing otherwise. Email consumerservice@weetabix.co.uk

…. a blog post is never quite finished till you press send. Sleepless night , counting bits of litter as one does to fall back to slumber remembered the likely food waste claim that this type of liner for a ceral box is best way to avoid waste … and that thought (whether true or not) unlike the litter allowed me for now to sleep.